In her opening remarks to the conference, Paula Finn, Associate Director of the Center for Labor, Community & Public Policy at the CUNY School of Labor and Urban Studies, highlighted the wide range of devastation due to a changing climate that are already affecting working people and communities around the world, and that disproportionately harm poor and working class communities: serious negative health impacts, food insecurity, real or threatened job losses, and much more. She added:

“One of our goals here today is to hear how unions in different parts of the world are using ‘just transition’ to organize, educate, and form alliances to build power.” 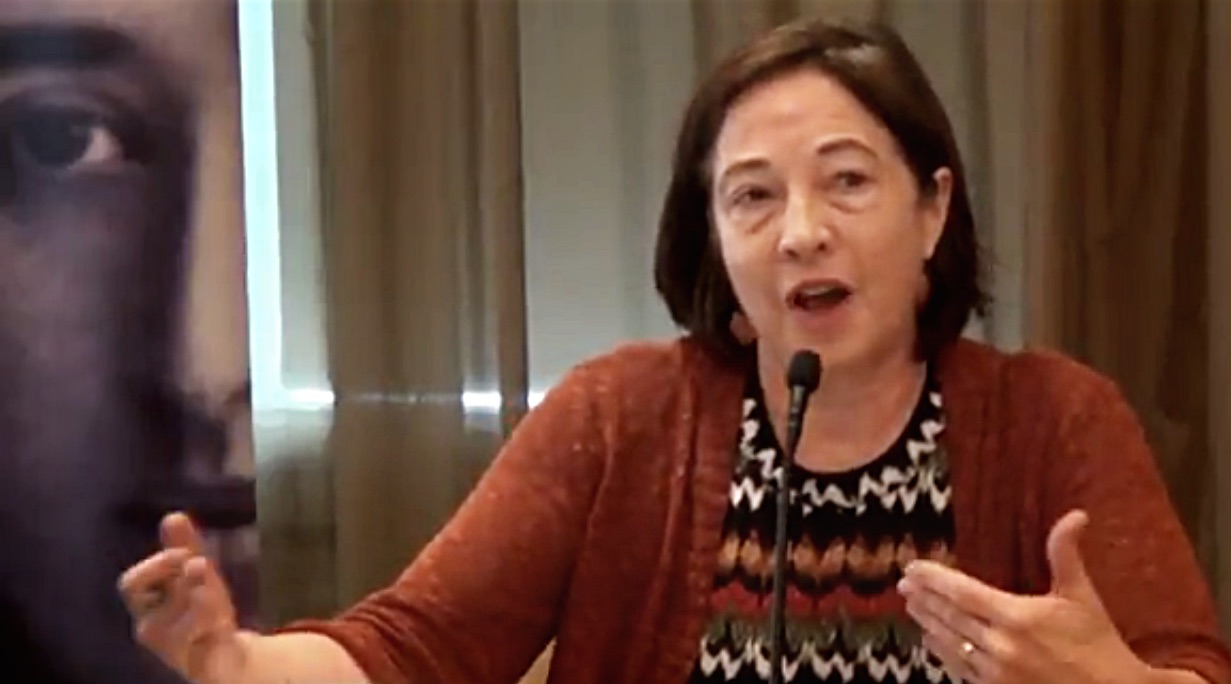 Finn also emphasized the challenges facing the global labor movement as it works to respond to this accelerating emergency. Despite talk of a “transition to a low carbon economy” that is allegedly already well underway, for more than twenty years the policy debates have been “dominated by corporate interests, and the governments held in their sway,” and energy and emissions trends continue to go in the wrong direction:

“The consumption of coal, oil and gas has, in recent decades, grown dramatically. Since the mid-1980s, global coal use has in fact doubled. At this moment, 1,600 coal power plants are planned or under construction in 62 countries, which together would add 850 Gigawatts of new coal generation capacity and a global increase in coal-fired power of 43%. There has also been a dramatic growth of oil use. In August 2016, the IEA reported that oil demand had risen to a little over 97 million barrels per day, up from roughly 76 million barrels per day in 2002. It is therefore the urgent task of organized labor and its allies to take up the revolutionary implications of this crisis that will require systemic change to bring a just transition into being.”

Finn also highlighted the necessity of confronting frankly and honestly the divisions within the global trade union movement—in particular divisions over “whether unmitigated economic growth and extractive capitalism must be challenged, or we can somehow ride the wave of ‘green jobs’ towards a solution of the climate crisis.” Finn reminded participants of Naomi Klein’s address to the launch of Canadian union UNIFOR in 2013, in which Klein reiterated the “moral purpose” of trade unions to be “agents of social change”: “Because of its implications for all of humanity,” Klein had then said, “winning the climate fight will mean victory on so many fronts: equality, control over work, and an end to the violence of poverty.”

Four panels over the course of the day explored key aspects of the struggle for trade unions to formulate a meaningful analysis and a powerful strategy for responding to the climate emergency, the related social, economic, political and ecological crises, and the continuing attacks on workers and poor communities around the world. Despite very different national contexts and local experiences, a few key themes emerged as common: 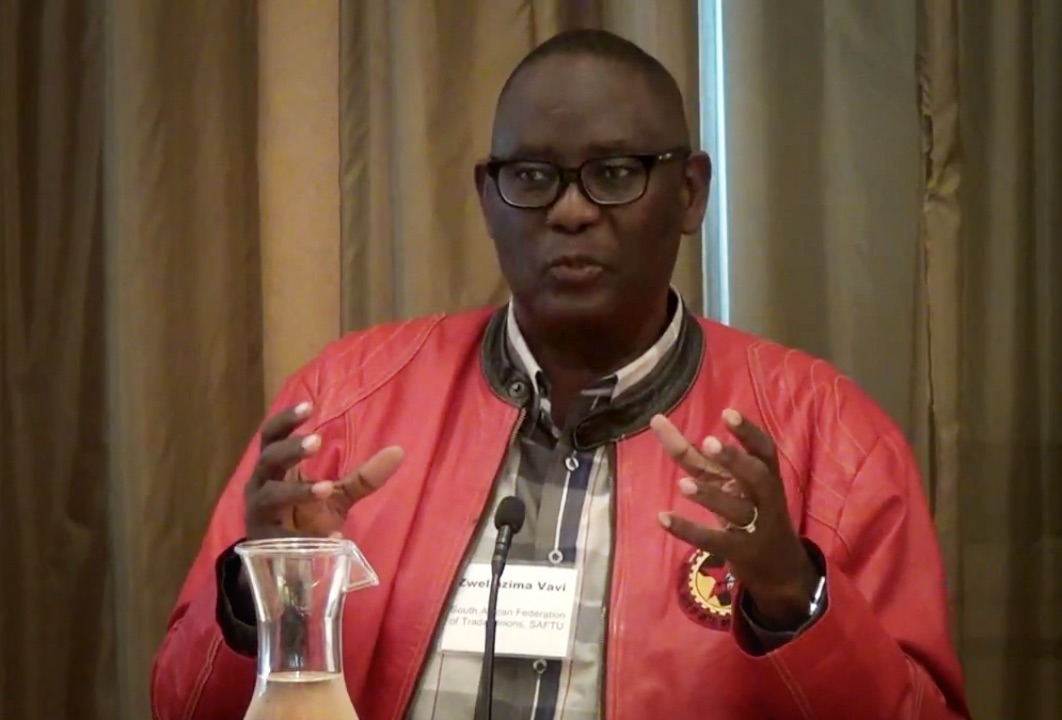 In his remarks on how the climate crisis is affecting the situation in South Africa, Zwelinzima Vavi, Secretary General of the South African Federation of Trade Unions (SAFTU), pointed to the potentially devastating impacts of extreme weather on the lives of working and poor people, and on the country’s economy. In Western Cape province, the world-class tourist destination of Cape Town has seen its longest recorded period of drought, which has led to a serious water crisis that threatens both the city’s thriving tourist industry and the region’s agricultural production. As a result, as many as 500,000 jobs may be lost just in the Western Cape, and already thousands of former farm workers and rural inhabitants have migrated into cities, adding significant pressure on housing and infrastructure and driving a rise in crime. At the other end of the country, the city of Durban has seen increasingly unpredictable weather and chronic flooding, driving people off their land and creating serious food insecurity.

Reinforcing the need for bold and radical leadership by the trade union movement in the face of the climate crisis, Vavi emphasized that these new pressures must be understood in the context of the country’s long-standing crisis of “under-development for the majority”:

“That is why you can never talk about ‘just transition’ without talking about development and democracy.”

The conference program was informed in part by TUED’s latest Working Paper, Trade Unions and Just Transition: The Search for a Transformative Politics. Published in April 2018 by TUED partner, Rosa Luxemburg Stiftung—New York office, the paper reviews the different ways in which the concept of “just transition” is being deployed both within and beyond the trade union movement, and what is at stake in those debates. Both the Working Paper and the conference are part of TUED’s ongoing efforts to advance the collective trade union analysis and understanding of the complex climate, economic and social crises we face, and possible responses to it. In particular, the conference and the paper attempt to help unions better understand how worker-focused concerns can be integrated into a programmatic framework that is adequate to the challenge of achieving broad, socio-ecological transformation, in line with the science-based climate targets. 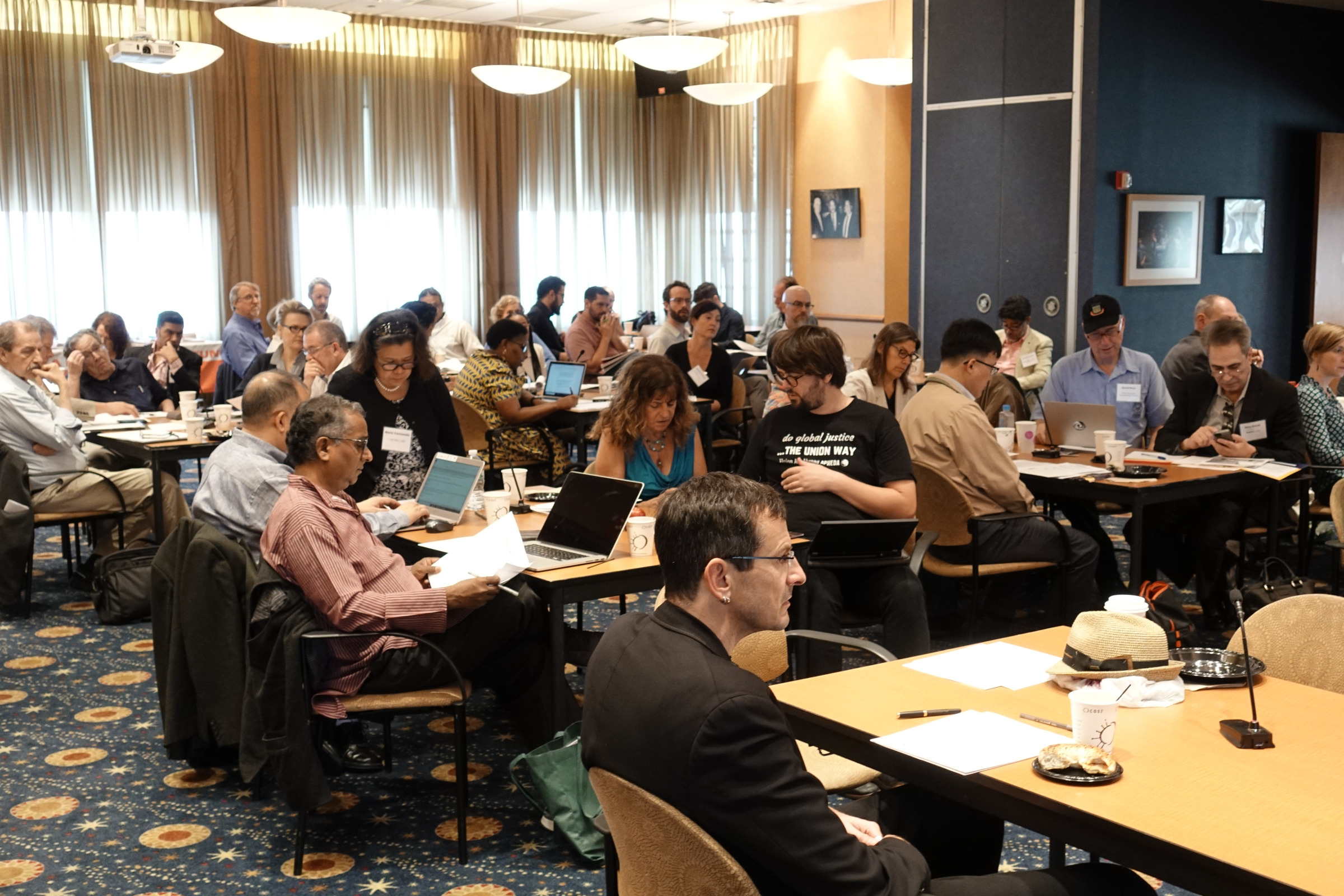 The full conference program is available here. Videos of the each session are also available at the following links: