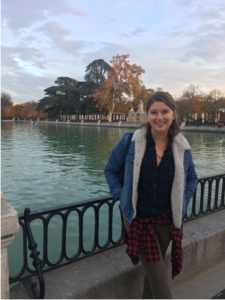 Each year, the Metro New York Labor Journalism Council gives out awards for student labor journalism. And this year, the winner for written article was SLU student Bailey Miller, who wrote about “body shops,” labor-leasing companies that exploit formerly incarcerated workers, and which are proliferating on construction sites throughout New York City. Her article is reproduced below. Congratulations, Bailey!

Construction in New York City is booming, but beneath the glitter and shine of new buildings, a troubling trend has emerged. An expanding class of labor-leasing companies, known as “body shops”, is providing general contractors with workforces of formerly incarcerated people for exploitive construction sites across the five boroughs. Body shops pay barely minimum wage, offer no benefits like medical coverage, and provide minimal safety training for workers to erect scaffolds, clear debris, and perform other types of work on the cheap. The rise of body shops means that formerly incarcerated workers, who are disproportionately Black, are increasingly exploited to perform the dangerous work of erecting New York City’s luxury towers and shopping complexes.

Body shops began to emerge five years ago as the New York construction industry was undergoing changes. Though the real estate market had been recovering steadily since the crash of 2008, developers cited concerns about market volatility to justify new commitments to cost reduction, pressuring contractors to remain competitive with each other by offering cheaper bids. It was in this environment that Gilbane Builders Co., a Rhode Island-based general contractor, promised developers a cheaper cost by using an “open-shop” model, a mixture of unionized and non-unionized workers on the job site. As Gilbane scored more and more bids, other major contractors began foregoing established relationships with unions in favor of non-unionized workforces, triggering a “race to the bottom” at the expense of working New Yorkers.

The spread of open shop created a demand for workers to perform dangerous construction labor for a meager price, traditionally the purview of undocumented laborers. However, luxury developers, such as Related Companies, wanted to avoid the headline risk of using an undocumented workforce on high profile projects. Tradeoff Construction, one of New York City’s largest body shops, saw an opportunity to find workers in similarly precarious positions by using almost exclusively formerly incarcerated laborers, who relied on employment to fulfill parole requirements. After forming in 2013, Tradeoff began winning bids with major construction outfits and soon other labor-leasing companies, such as SLG, offered services to contractors through a similar model. Today, body shops are operating on luxury developments throughout the city.

A workforce where the majority of members are formerly incarcerated is an essential part of body shops’ business strategy. In the state of New York, parole status is contingent on regular employment, making formerly incarcerated workers highly dependent on employers. Body shops leverage this vulnerability to squeeze the maximum amount of work out of people for minimal pay, exploiting the fact that, under their employers, these workers are very much a captive population. Many workers express that working in a body shop feels “like you had never left prison…like you were back on the yard.” By replicating the environment of prison, body shops exploit and control a vulnerable, predominantly Black workforce.

The parallels between body shops and racist labor practices of the past are stark and disturbing. While convict leasing has been illegal since 1928, Tamir Rosenblum, an attorney for the Laborers’ Local 79, provided a statement to The Real Deal observing how the conditions of body shops are “reminiscent of some of the deep South’s disgraced labor traditions.” Referring to the exploitation at Tradeoff, he added that “all of this played out…at a company supplying laborers to some of NYC’s biggest construction firms, like the Related Companies and Gilbane Construction.”

Workers describe dangerous working conditions and abuse at body shop job sites. Safety equipment is often in short supply, and many workers are forced to use old harnesses while working at heights, or share equipment among a larger group of people. Rasheem Knight, a foreman with SLG (or Slave Labor Group, as it’s referred to by employees), explained to Labor Press that the variety of hazardous jobs performed for low pay and long hours made working at SLG feel like “slave labor, that’s for sure. We do perimeter netting, floor protection, you name it.” When a different worker at SLG protested the low wages, a supervisor retorted that many other jobs wouldn’t hire him because of his prior criminal conviction.

The culture of body shops is particularly toxic for women workers, many of whom have come forward with charges of sexual harassment and discrimination. Ashley Foster, a worker with Tradeoff, described to ABC News how supervisors on her jobsite “would follow you around. They would text you. They would show you pictures of their penis…they could do whatever…What would be the consequences?” A male supervisor also repeatedly exposed himself to Foster, and after she reported the incidents to management, the company promised an investigation. However, company action never materialized, and, as she explained to the New York Daily News, Foster was forced to work alongside the same supervisors for months. Tierra Williams, another former Tradeoff employee, told ABC News that, on the jobsite, “it was basically like I was a hot commodity,” and one of the foreman would regularly stalk her every time she entered and exited the restroom. When Williams spoke out, she “experienced a lot of sexism as far as my voice not being heard and my opinions falling on deaf ears.” After she continued to protest the harassment, Williams was fired from her job for “theft of time,” what she says is a fabricated charge to justify an act of retribution.

Other workers at body shops have been routinely silenced and punished for speaking out and advocating for better conditions. Michael Negron, a worker with SLG, organized a petition for higher wages and company benefits, but when he presented the company a document with around thirty signatures, he reported to Labor Press that “it was like a joke to them.” SLG then hired thirty new workers who had not signed the petition, and began moving Negron from site to site. Riccie Haneiph, a former Tradeoff employee, claims he was fired in retaliation for a Facebook post that declared support for worker organizing. Tradeoff is currently embroiled in a NLRB lawsuit that collects five separate complaints from Tradeoff employees charging retaliation, surveillance, and harassment in response to protected legal activity, like distributing union leaflets, holding pro-union conversations with co-workers, and registering for union apprenticeship programs.

The racialized forms of exploitation occurring on construction projects like Hudson Yards, the largest private real estate development project in the history of the United States, raise questions about the kinds of labor practices that will inform New York City’s legacy. Formerly incarcerated people deserve safe, well-paid jobs that support a real community reentry, which reduces recidivism rates and aids a healthy transition into life post-incarceration. Better alternatives for workers with conviction histories exist, and opportunities in construction work can be improved by expanding apprenticeship programs and other pathways to stable careers like unionized jobs with benefits and living wages. Ultimately, expanding decent employment for formerly incarcerated people ensures that New York City’s vibrant history of justice for working people is carried into the future. New Yorkers have a stake in how our city is built, and supporting the organizing efforts of workers in body shops brings us closer to the construction of a just, livable city for all.

Bailey Miller is a student in the Union Semester program.