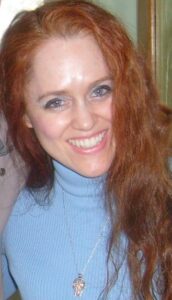 Gena-Fae Fillingham was born and raised in a small farm town in Nebraska, where her mother taught her to care about the most vulnerable in her community. She worked as a certified nurses’ aide throughout her senior year in high school, and later attended nursing school where she graduated with honors and was certified as an LPN. She worked as a charge nurse in a nursing home in Brooklyn, and simultaneously volunteered for the charity “Hope for Kids,” which seeks to raise awareness and increase the number of children receiving up to date immunizations. Gena-Fae later changed her career path and worked as a legal secretary in the corporate sector, then decided to return to a field of work that would allow her to engage more with the community and serve others. Gena-Fae found the CUNY School of Labor and Urban Studies a perfect fit for her ambitions. After completing her coursework at SLU in December of 2019, she completed an online TEFL certification course in April 2020, and was officially certified as an ESL teacher in May. Her internship took her to lower Manhattan, where she worked with Chinese immigrants and tutored a Chinese student online. Gena-Fae plans to move to Asia and work as an ESL teacher. Read more about Gena-Fae. 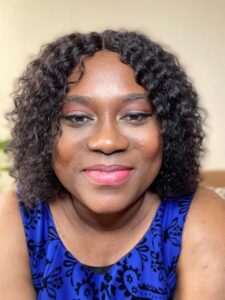 Karen hails from the beautiful twin island Federation of St. Kitts and Nevis. Karen excelled in her education and after graduating from high school, became an untrained elementary school teacher. She spent just over one and a half years on the job before migrating to America, moving to New York City in 1999.

While raising her two children, she worked part-time and decided it was time to go back to school. In 2005, Karen enrolled at Cypress Community College in California. However, after only two years, she and her children returned to New York in 2007. There, Karen was able to get a part-time position as a College Assistant at Hostos Community College, and later took and passed the CUNY Office Assistant exam. This provided her with a secure, permanent, and full-time position working for the Human Resources Department at Hostos.