Frances Fox Piven: Of course there are. When large numbers of people are unemployed they become desperate. Just the fact of unemployment and need and starvation is not exactly what drives people to protest, but if they also think that they have some rights that are being violated in this time of disaster, they are very likely to protest. END_OF_DOCUMENT_TOKEN_TO_BE_REPLACED 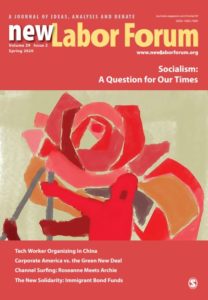